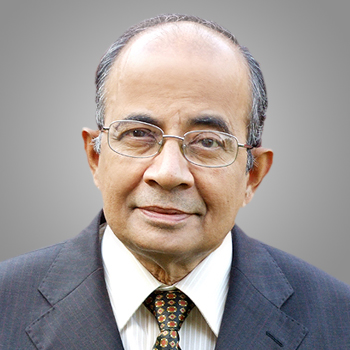 Shri. N. Vittal is from the IAS, Gujarat cadre 1960 batch. He has held the appointments of Chairman, Telecom Commission and Secretary, Department of Telecommunication, Government of India, Chairman, Public Enterprises Selection Board and before retirement his last appointment was Central Vigilance Commissioner.
His experience of more than 35 years covers a wide spectrum with focus on industrial administration, science and technology and security. As Secretary to the Government of India, he initiated policies for boosting software, setting up software technology parks and strategic alliance with the industry.

Also he was successful in introducing the electronics hardware technology Park scheme, whereby, mini Hongkongs and mini Singapores could be created in India to boost manufacture of electronic hardware. He made the Department of Electronics a frontrunner in adjusting to the new industry-friendly policy, encouraging foreign direct investment from IBM, Motorola etc. As Chairman, Telecom Commission he initiated the process of liberalization in the telecom sector and played a major role in getting the National Telecom Policy 1994 approved and announced that brought in mobile telephony into India. He has worked with Mr. NandanNilekani, as Chairman of the Data Standards Committee, which forms the basis for the Aadhar Card. He is universally hailed as the ‘Enabler of the Indian Software and Telecom Revolution’.

He is a regular columnist for the Economic Times and the Web magazine Rediff on the Net. He is included in the list of “Fifty men and women who shaped the economy” in the fifty years after India’s independence by the Business Today. He has been a recipient of many honors, including the Dataquest IT Man of the Year (1993) and Winner of the Lifetime Achievement Award of Dataquest in 2004 and CII (Southern Region) Lifetime achievement Award (2007). He is a honorary fellow of the Computer Society of India and a honorary member of the Institute of Electronic and Telecommunication Engineers as well as the Institution of the Industrial Engineers of India. He is the recipient of the Padma Bhushan by the Government of India in 2012.

He has been associated with EMPI since its inception in 1995. He helped shape EMPI incubated innovation parks – Gujarat Vittal Innovation City and Andhra Pradesh Aerospace &Defence Electronics Park (A JV of EMPI Innovation Parks and AP Govt.). He is currently the Patron Chairman and Chief Mentor of EMPI.